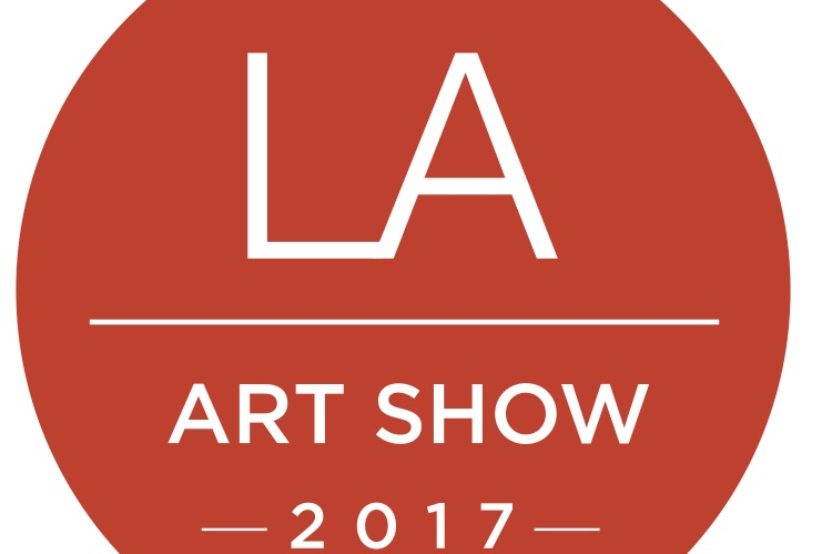 With each new edition the LA Art Show broadens their visual scope and embraces their ever evolving role in the arts and culture that engage and connect the art market, collectors and curators. One of the longest running and world’s largest events, the LA Art Show rings in this 22nd edition with an amazing roster of national and international galleries.

This year showcases a magnificent level of artistry from 90 prestigious galleries from over 18 countries including China, Czechoslovakia, France, Japan, Mexico, South Korea, Spain and the United Kingdom. The 2017 show is doing more than just promise to engage visitors as it “joins forces with Downtown museums to provide a complimentary art shuttle service for international guests to visit The Broad, MOCA Grand Avenue and the Geffen Contemporary at MOCA, where Doug Aitken: Electric Earth, the artist’s first North American survey is on view through January 15, 2017.”

“When I started the fair 22 years ago my original intention was to bring the international art world to Los Angeles,” says Kim Martindale, LA Art Show producer. “In the last few years, however, with all the institutional heft emanating from Los Angeles, I now hope to showcase the city and its art community to the world.”

The LA Art Show announced “a slate of new programming established with the city’s major art institutions” that includes a public platform that is inclusive of the city’s cultural initiatives that engages the public with organized programming with The Broad, the Getty, LACMA, MOCA, MOLAA, Anaheim’s Muzeo and UCLA Chicano Studies Research Center.” As stated by the organizers “the 2017 Show establishes a new and more vital global forum for the arts in the hub of the city’s vibrant art scene”.

The fair is also expanding by addressing the “emerging art market trends while bringing a new audience to the fair and the city of Los Angeles.” Here is just a short list of some of the platform highlights:

*Behind The Wall: Detrás del Muro, a talk about the socio-cultural and democratic project addressing notions of freedom, conceived during the 2015 Havana Biennial, with a presentation of
new artist projects for the 2018 edition.

*Dansaekhwa III: Formation and Recurrence, an exhibition curated by Seoul’s SM Fine Art Gallery, which will feature the most iconic works from two of the genre’s minimalist masters: the multilayered monochromes of Kim Tae-Ho and the iconic water drop paintings of Kim Tschang- Yeul, who has been painting this fluid life force for more than four decades.

*In My Floating World: an installation by Dominican-born artist Scherezade Garcia curated by Tatiana Flores and presented at the Show by the Museum of Latin American Art (MOLAA).

“In recent years, the arrival of emerging artists and the opening of some of the world’s finest galleries and museums in Los Angeles has turned the city into a hub for contemporary art,” says LA Art Show and independent curator Caichiolo. “To reflect the world’s changing art trends and the importance of Latino heritage in LA, this year’s LA Art Show is engaging with the Getty to highlight its 2017 Pacific Standard Time LA/LA initiative, a rare opportunity to discover and enjoy the vast and rich world of Latin American and Hispanic art for thousands of visitors, viewers and art lovers.”

The 22nd edition of the LA Art Show is geared up to be a powerful impact in the Modern + Contemporary art scene and what better way to start the New Year off then to attend the exhibition.

The LA Art Show has a bit of something for everyone!  See you there.