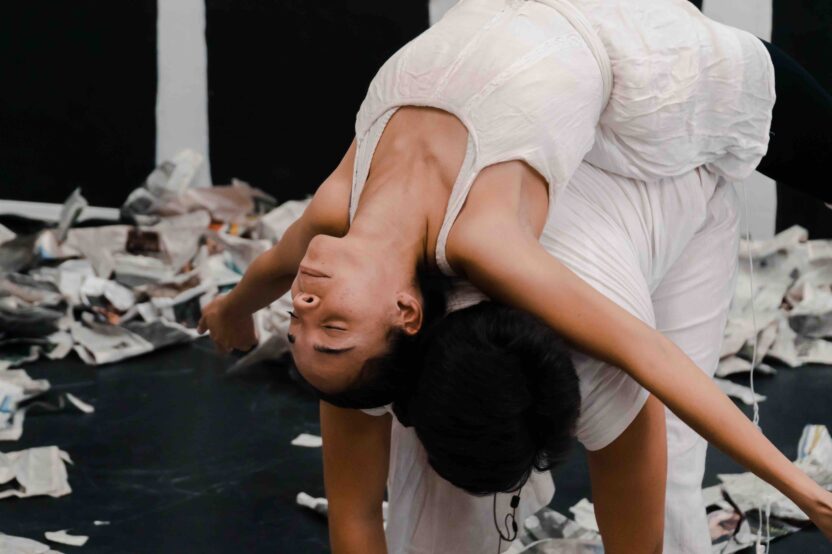 Tempe Arizona’s Grey Box Collective isn’t an ordinary dance troupe. They grapple with real-world issues, the titles of their performances including themes such as Emp_t_y: Trauma. Fatigue. Burnout. Or Structural War Zone: Body. Space. Power. GBC’s overall message rejects ‘othering’ and simply believes that society could do better with more diversity and inclusiveness.

Founder and artistic director, Molly W. Schenck recently shared their mission with us and encourages our readers to follow GBC on their social media. ArtBeat greatly appreciates the emails and the thoughtful answers from everyone.

“In a nutshell, we make weird art out of tough topics,” Schenck declares. “To unpack that a bit more, our work is at the intersection of the performing and visual arts, educational psychology, somatics, and feminist theory. Through our actions, reflections and art-making, we aim to challenge and reshape the status quo in our organizations, our bodies and our communities. We have multiple creative teams exploring new possibilities in our disrupted world.” 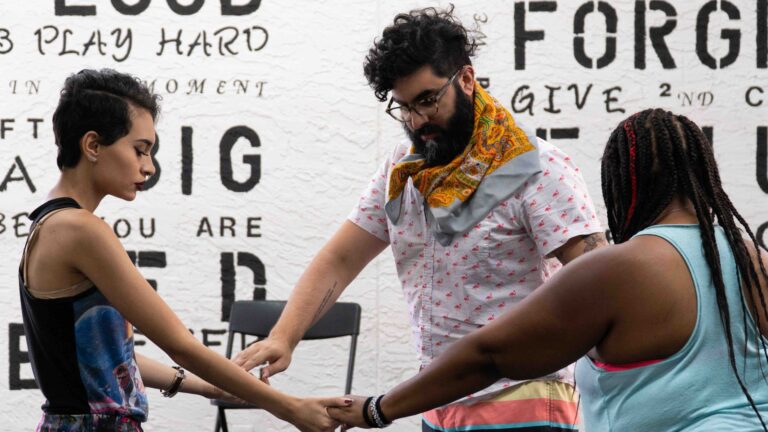 GBC member Sarah Tan clarifies that the group does not actively seek out individuals who think they are “ignored”. Tan explains, “Rather, we curate open spaces for anyone to enter and be their full selves. The only way to do this is to recognize all the different identities and experiences every person carries with them.”

Another player, John, states that ‘Grey’ says everything. “It is a transitional color, and yet it is a color of its own with many shades,” they said. “I have synesthesia, so I think in color. Roles such as director,  writer, performer are blurred in every performance I have been a part of. People with different backgrounds and training can experiment and try things they’ve never done before. The permission to experiment is extremely important in any creative space.”

Having transitioned to a digital format, GBC is busy bringing audiences programs such as their upcoming summer series ‘postcards’ when ticket purchasers receive a new performance each week for the months of June and July. Also among their many exciting endeavors are improv jams and youth programs, as well as an online store where you can purchase self-guided workshops and shwag. Additionally, Schenck tells us they have recently partnered with Arizona State University‘s Center for Mindfulness, Compassion and Resilience for two events.

As the world emerges post-pandemic, we must face this new horizon with a call to level the playing field when it comes to subject matters such as gender or sexual identity, race/ethnicity, mental/physical health, religion, economics and politics, to tip the iceberg. These are more than words, they are life and death issues, solved only by open arms and open doors. Rounding out the conversation, Lizbett Benge realized identifying as an artist struck a chord with her and working in the theater became “an academic journey and intellectual process.” 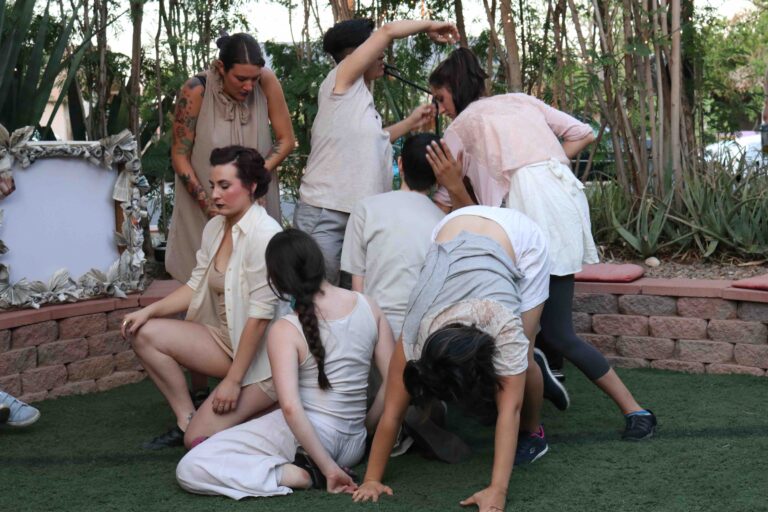 “It’s only recently that I decided for me to experience even a fraction of the freedom and liberation I seek for the world,” Benge says. “To do that, I have to be the most ME I have ever been.” Where identity is so subjective and personal, Grey Box gives everyone a place to be an artist of their own life.

Benge points out that “accountability, transparency, integrity, activism, curiosity and joy” are values which are extremely important in the fight to dismantle the structures, systems and institutions that perpetuate harmful paradigms such as sexism, racism, homophobia, ableism, ad nauseum. “I want to actively NOT participate, to the best of my ability, in causing any more harm than I already do and repair the harm I have and do cause.”

Get involved, check them out, listen to podcast Any Other Anythings for ways to support the arts community. Thank you. 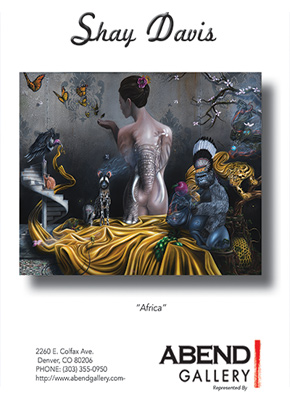