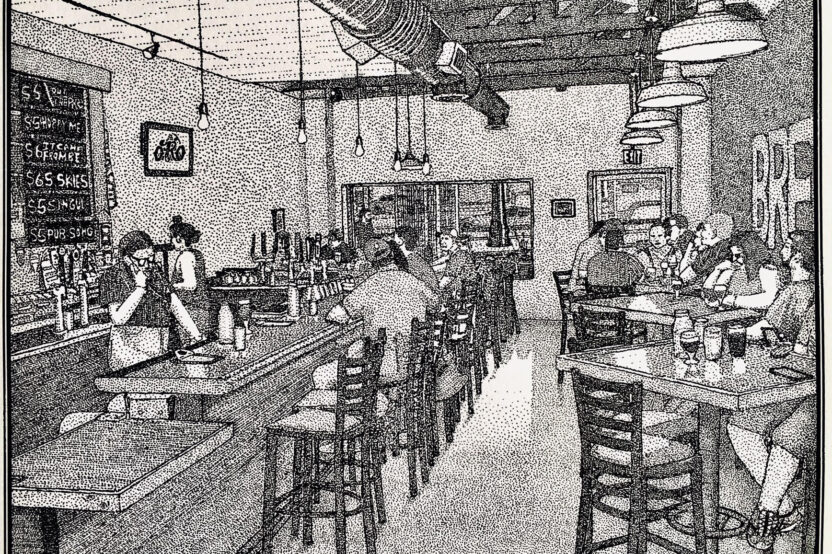 Stippling, similar to but different than pointillism, seems mind-numbingly laborious to me. Each little dot, thick or thin, combines with a million other dots to make an image, I get that. But of this illustrious practice medicine and science are so fond of (as opposed to the hatching technique which interferes with anatomical correctness) I picture myself dotting indescribably on paper, drool hanging dangerously from the lip.

But when Alan James Vaughn of Mesa, AZ, gets into his artistic head space, he wishes he could spend just about all his free time there; with exception of time spent with his wife, eight grandkids, two surviving sons, five dachshunds and numerous friends, of course. Vaughn is a free hand, multi-media and found-object artist, sports/nature photographer, designer, published poet and jewelry maker. Nothing is off limits as he strives to reach new heights of expression.

“I have always looked at my creative ability as a gift and therefore it is something to share,” Vaughn says. “I occasionally enjoy giving prints of my work away to those who are interested.” 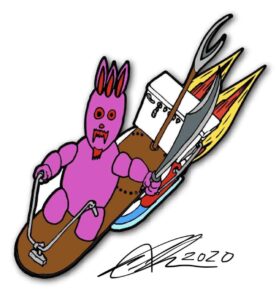 Vaughn’s gracious nature makes him an instant friend and his exceptional eye helps him put everyone in their best light. Born in Florida, the Air Force veteran has been a full-time employee for a Valley-based aerospace coating company for the past 28 years which keeps him plenty busy. Going into his backyard studio gives him the environment and decompression he needs to keep up with all the demands. The creative output and personal blessings have helped him through the tragic loss of his middle son, Brendan, from a vehicular accident last year.

“I created t-shirts for Brendan’s celebration of life. The family put in their opinions and everybody got a shirt. It really brought us closer together,” shares Vaughn. “Brendan’s employer, Cheba Hut, and many of his friends contributed to the cost of this and the party. Since it was during the beginning of the pandemic, only a small Mesa golf course let us gather on their greens and play Brendan’s favorite reggae music from a band called Kindred. It was very cathartic.”

While stippling may be Vaughn’s specialty, he has been making a name for himself the past few years capturing the action of championship DiscGolf around the state and the Dutch Open in the Netherlands, contributing photographs to magazines and landing a cover along the way. He shoots photos for the Phoenix Ladies Open and Sprouts Mesa Marathon. A few mountain bike races, as well as charitable causes such as Weiner Mania, round out the list of his more public art. Often combining stippling with photographic images, Vaughn produces portraits and designs that can purchased and he uses his graphics for pins, stickers and clothing to commemorate favorite events, like Coachella. 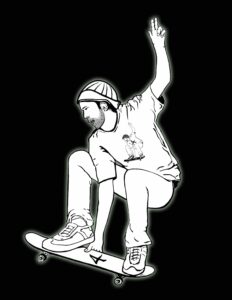 As was the general scene in 2020, the COVID-19 virus kept Vaughn from exhibiting or attending the events he frequents. He was also forced to skip his annual pilgrimage to Amsterdam. Now, he is awaiting the re-opening of society, doing his thing, making the world a more beautiful and fun place to live in while doing so.

A venture into character drawing with his globe-trotting, crime fighting Pink Bunny Robot is under development and may lead to yet uncharted territory such as a children’s book he has plans for. “I have never been one to do the same type of things over and over again,” Vaughn says. “It is nice to try something new as a challenge or from a moment of inspiration. You stop growing when you stop learning.” 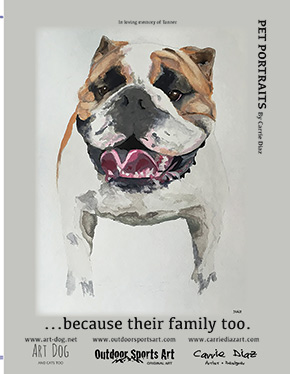