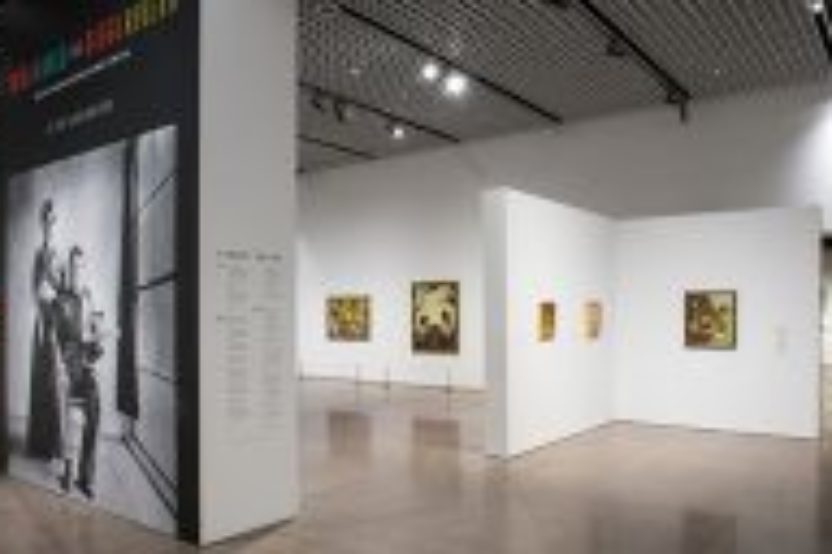 On the only North American stop of its tour, the Frida Kahlo and Diego Rivera exhibit can be seen for just a few more weeks in downtown Phoenix’s Heard Museum, 2301 N. Central Avenue. This phenomenally important and fleeting exhibit will likely not be coming to a location near you after this, so if you are a fan of the work these two are credited with then here is your next Destination Art! hotspot (literally, because it is over 100 degrees everyday in Phoenix).

Until close of business August 20th, 2017, 33 masterpieces from this famous duo are housed in the newly opened Virginia G. Piper Charitable Trust Grand Gallery.  It would be redundant of me to go on and on about these modern masters and the huge impact they had – and have had since their deaths – on the word “ART” and what it means. From their creative minds, if not their tumultuous marriage, came some of the 20th century’s biggest artistic breakthroughs, especially in political ideology. Rivera was well-traveled and rubbed elbows with greats such as Picasso and Matisse in Europe. Both he and Kahlo were interested in controversial Marxist viewpoints, as well. Kahlo, in mostly self-portraits, literally put her soul on view for all to see in simple folk-art style. She died in 1954, three years before Rivera, and has since become a cult-like figure in popular culture.

Besides the paintings and written text about them throughout the exhibit, other items such as photographs and clothing fill in the blank making this the one of the most comprehensive artistic expose, ever, at the Heard. There is a $7 charge into the Grand Gallery in addition to regular Museum admissions which is $18 for adults, less for seniors, children and students (bring the ID).

Open every day at 9 am except Sunday at 11, closed at 5 pm. To purchase tickets or learn more, go to link HERE or call (602) 242-8840. There are many hotels in the area with reduced summer rates if you are coming in from out of town and easy Light Rail access to the Museum. Triple-digit temperatures be damned, this is a Not-To-Be-Missed event.