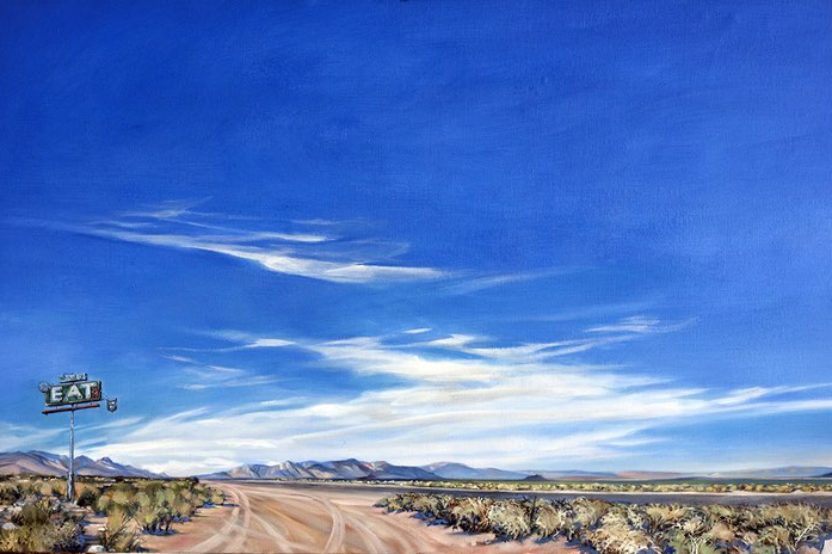 Open Space: The Finite Frontier – Curtis Center for the Arts

As our world and immediate communities continue to grow and change exponentially, the exhibition at the Curtis Center for the Arts, curated by Robin Whatley, Program Coordinator at the Arts Student League of Denver, allows the audience to pause, take notice and react as they see fit.

Whatley was invited and given the freedom to come up with a theme by the Curtis Center’s Director, Chris Stevens nearly two years ago. “When Chris and I met, he wanted to be sure that the exhibition would be inclusive and also approachable for a wide range of artists. I pitched him a couple of ideas and this was the idea that landed for both of us,” states Whatley.

The theme of this exhibition, Open Space: The Finite Frontier, is something that rings true within any town, city or neighborhood that has experienced the growth at unfathomable rates, as has the Denver/Boulder Metro areas or Colorado as a whole. And, if you are a native or have lived here for more than ten or fifteen years, it is that much more obvious.

The theme came to Whatley while she was driving to work. “All these cars were pushed up against each other, then all these construction cranes were everywhere and I just thought “Why did I move to Denver to begin with?” I wanted that anthropological urban experience, I wanted to be able to explore and work in the arts,” states Whatley with an encouraging tone. “My heart was feeling, (asking), if I could live and work in the great, untouched, open, wild landscapes, it touches you… what kind of life is that?” Whatley declared that she has friends that live off the grid like this, the pros and cons and the challenges of a lifestyle such as that. “I recognize how hard it is to connect to other people or to community (in a lifestyle like this). Community is part of the whole human experience.”

Whatley is a native and grew up in Northern Colorado and has lived in the Denver Metro area since 2004. “Just in the last fourteen years, but mostly the last five years I have witnessed the vast change and developments, over-developments, density levels grow. As a kid I was told there wouldn’t be a front range any longer that everything would be connected from Fort Collins to Colorado Springs and that is pretty much the case now. Of course, as you drive a little bit more South (past Colorado Springs) you do run into the the rolling hills and open space,” shares Whatley and continues “So I see these two environments that exist in our lives, that we are always yearning for what is not in front of you and that which you are having to work on.”

“The American West, once the uncharted territory is not without its limitations. This picturesque open landscape is now shared with man’s footprint of overdevelopment, industrial pollution and destructive mining practices. Yet the ever-growing city brings us modern day conveniences, cutting-edge technology, infrastructure and anthropological opportunities. This exhibition explores the wild frontier juxtaposed with the urban habitat and how we both resist and reply on these finite environments.” *

The list of Artists for this exhibition is impressive and the representation of artwork, just as impressive. Whether you find the growth of man into open space uncomfortable or just part of the evolution of man and life, this is truly an exhibition not to be missed.

Congratulations to Robin Whatley for her first of what is sure to be many guest curator exhibitions to come.