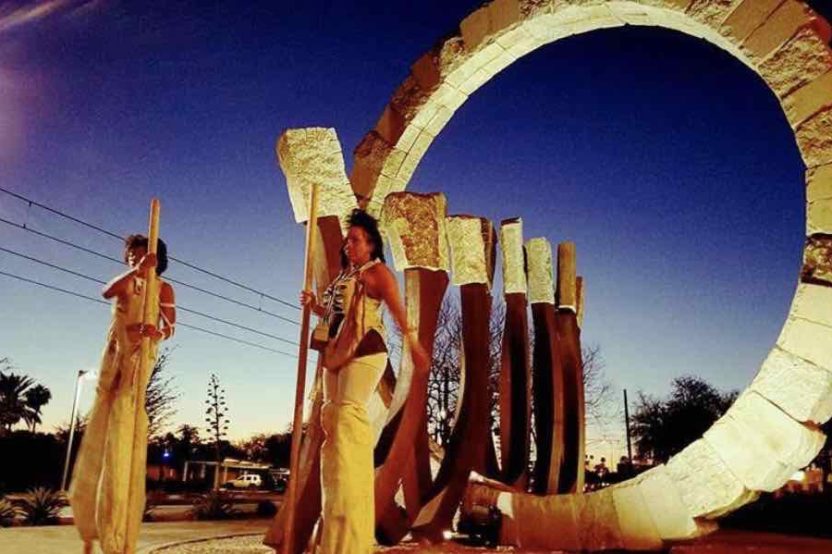 Without a voice or a supportive environment, human potential is seldom realized to its fullest. Thanks to the Rising Youth Theatre non-profit organization and their esteemed group of supporters in Phoenix, every person who walks through the door is offered a platform from which to speak along within a creative framework for establishing confidence and personal growth. The ‘Over-21s’ at RYT love helping young people fulfill their dreams and gain professional development by giving them center stage in the decision making process. In turn, the actors and audiences for Rising Youth’s plays are entertained, educated and uplifted at the same time. 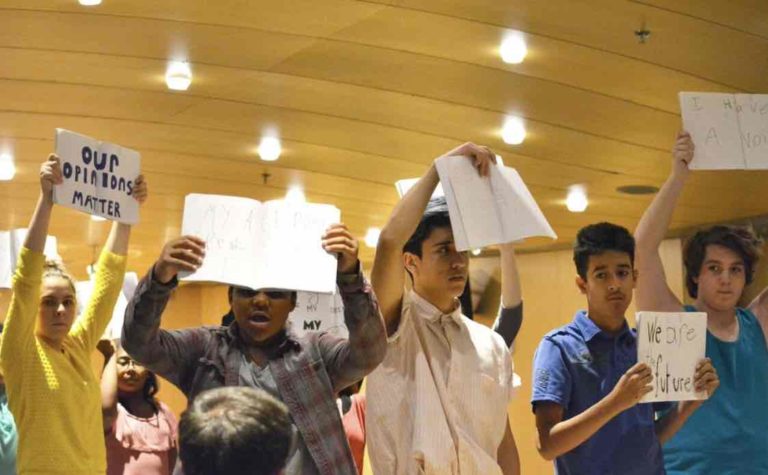 Rising Youth Theatre co-founder and Producing Artistic Collaborator, Sarah Sullivan, has a team of youths, young adults and older-young-adults on staff who have made the magic happen since 2011. Sullivan started the company with graduate schoolmate, Xanthia Walker, after deciding to stay in Phoenix instead of moving to the Midwest for jobs after graduation. “We wanted to start a theatre company that truly focused on young people, that made space for them to grow and lead, and one that could have an impact around social justice issues. But it has been our growth and extension of our ensemble that has really allowed this to happen!” she shares with ArtBeat. 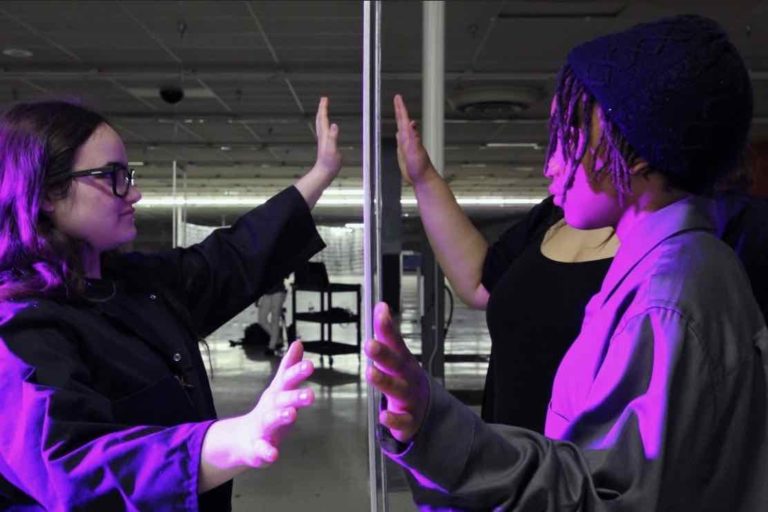 Specifically working to strike down insipid ideas of race supremacy and patriarchy means the RYT cast is diverse and inclusive. Paula Ortega, youth staff member and the group’s Transforming Artistic Collaborator, started acting with the company when she was 14 and has for the past six years has sought to include the most marginalized youths into the fold as, “they are often talked about but never invited into spaces.”  She explains that since their inception, RYT has worked with more than 2,000 individuals ages 7-21. All of the staff wish for the continued growth of their play-house and that their mission continues to  reach new heights.

Along side theatre artmaking and work with school systems, the Rising Youth corps also branch out to community centers and other businesses lending their expertise to guide workshops or residencies, fostering leadership through fun (but vitally serious) artistic methods to 500 more kids annually. They welcome opportunities to bring the power sharing leadership model to any youth-centric conversation as they have proven for almost 10 years that art helps youngsters find self-value within their families, friendships and neighborhoods. 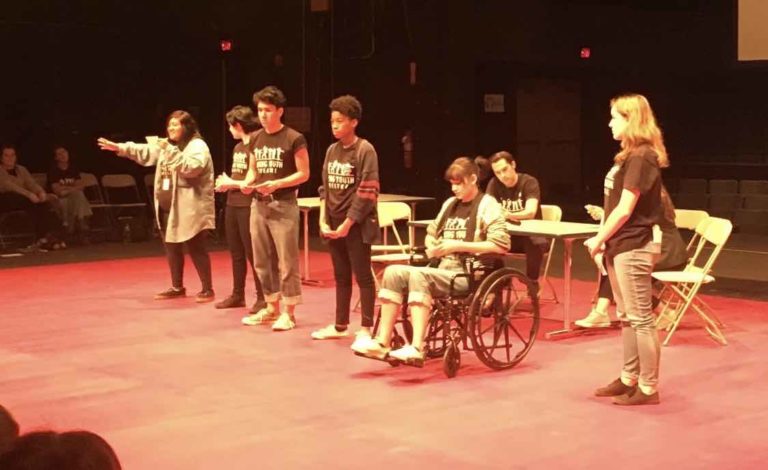 Rising Youth Theatre Apprentice Artistic Collaborator, Quinn Pursell, adds that the goal of the company is to fight the unjust or cruel exercise of power in all its forms. With the company for five years, on staff for two, Pursell tells us, “Something that I appreciate about Rising Youth is that we are in a constant state of change, always moving the goal of functioning in an equitable way. We want to actively work to dismantle systems of oppression that exist within our communities.” He elaborates on how the audition process for the troupe is more of a job interview which allows candidates a chance to choose the role played at the theatre. “We feel this makes it more accessible to people who don’t necessarily have a traditional theatre background, and it leaves it open for the interviewee to decide what production role (performer, designer, stage manager, etc.) they would like to take on after they know a little more about the process.” Social media helps, but RYT’s school residencies and special civic events – such as Camino Al Excito – are where they meet most of their crew members for each theatre season.

Two plays a year are developed and performed by kids with their adult mentors in a four-phase process – research, devising, production and dissemination. Teams find a topic that is relevant and interesting then begin to “co-learn” everything they can to start the next step of expanding the script outline based on the research. Next, the company starts production in which dialogue, costumes and props are created for a full-length show tackling issues that are important, such as ethnicity, age and gender. Performances take place in non-traditional spaces such as Metro Light Rail stations or public parks, for instance, and are always free of charge. Plays are re-performed as long as they are meaningful.

“I am most proud that the company is no longer held and lifted up by the two co-founding members,” says Sullivan. “Originally the company was built to provide work and make change for young people, now I think it is truly working with young people.” 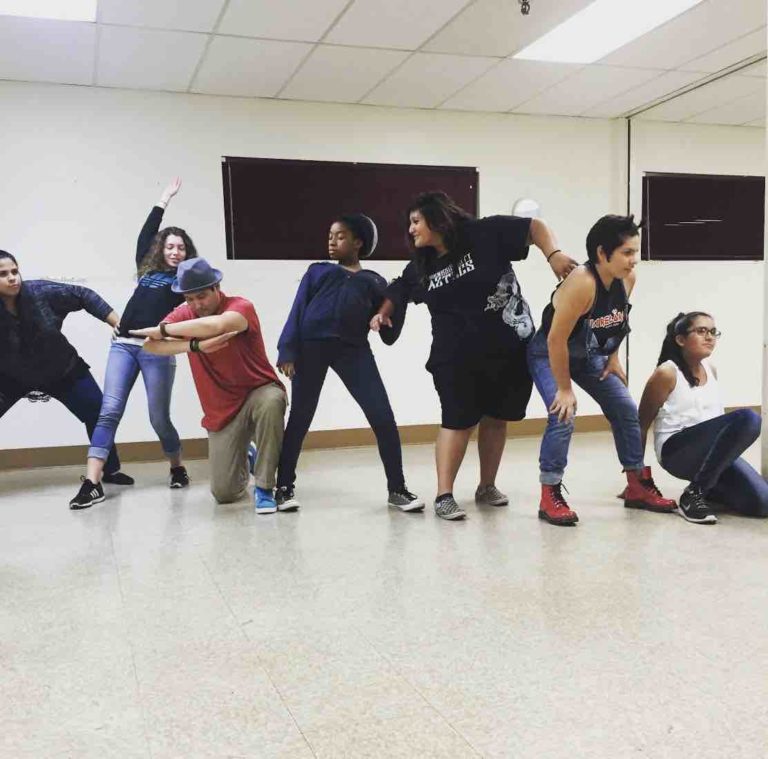 ArtBeat extends a standing ovation and hearty thanks to the RYT staff for their time and all questions answered. The Rising Youth Theatre website offers all the information about donating, volunteering, acting classes, future performance dates and WHY IT MATTERS that children are valued and heard on the link above. A new blog also shares the wonderful work and connections made, as does their Facebook, Instagram, Twitter and YouTube accounts.  Click it!