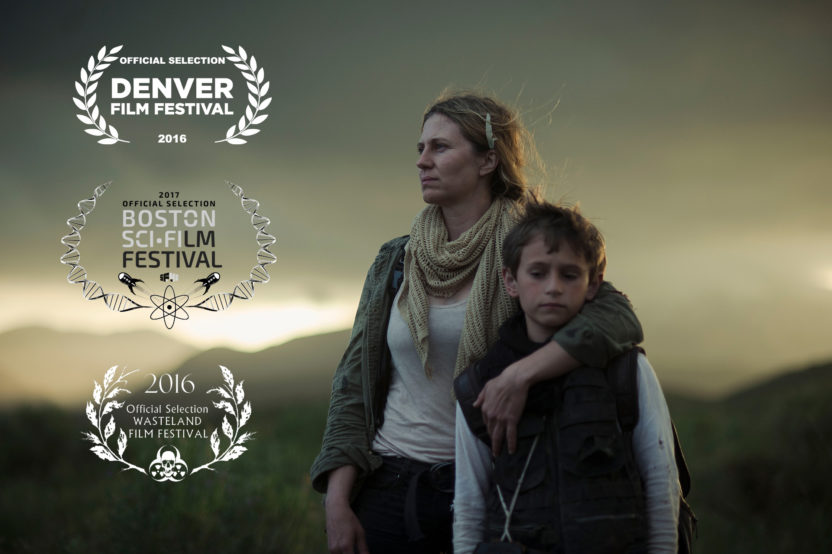 When you are artistically inclined, your calling can come into play through different creative forms. David Liban, pronounced Lee-ban, is creatively inclined to make films. “I’ve been making films for many years. I made animated films as a kid, made live action films in collage and have always been a Film Buff,” states Liban. “I went to Brooklyn College from 92-94 where I earned an MFA in Television Production.”

Liban grew up in New York City and now resides in Centennial, Colorado. “I don’t know if it was NY or simply my upbringing,” smiles Liban and continues “My mother was an artist and she loved theatre and movies, so I was exposed to all sorts of art forms as a child. Museums, movies, theatre, but more importantly the creative process was nurtured throughout my life.”

Film, both narrative and documentary is Liban’s preferred medium. “I love narrative films and I am amazed with the quality of TV shows available to us. In a world where there is too much to choose from, its very difficult to get people to care about your work. Its easy to dismiss work that has no big names and a small budget. It just doesn’t resemble the amazing things we see day to day on TV, so we are often not even on the playing field. Its up to the artist to publicize and get people to care about your project. We need to spend enormous amounts of time on things like social media and websites, when what we wish we could do is just make the work.”

“As a filmmaker I’ve come to terms that this is a medium that is part artistry and part commerce. However, as an independent filmmaker, there is almost no commerce” and with a gleam in his eyes Liban continues “I’ve figured out a way to do my art and also make a living. I have the best of both worlds; I get to create my films the way I like to and also get to help students do their work. The downside is that Hollywood is not interested in people outside the “system”, so like musicians, filmmakers are following a similar pathway….. Self-distribution.”

Liban makes “his living” as an Associate Professor teaching at the University of Colorado Denver (CU Denver). Liban explains that on a daily basis he is surrounded by many amazing artists. “I am blessed. As the Chair of the Dept. of Theatre, Film and TV and in the College of Arts and Media there is also the Music and Entertainment Industry Studies and Visual Arts Dept., I cannot throw a rock without hitting an artist,” he states jokingly, “and the students that work with me are also amazing artists unto themselves.”

Inspired by the film “Boyhood” and how it was filmed over the course of years, so too is Liban’s current project, Feral, an installment feature film. “The story takes place in a post-apocalyptic future. Parts one and two are complete and we’re now gearing up for part three. Our lead was 11 when we started and will be 15 when we conclude the film,” describes Liban.

Feral is a story of a young boy (Sonny), alone in a post-apocalyptic world who has somehow managed to survive after society has collapsed. Sonny meets a woman (Emma), who is in a similar situation and a bond ensues that provides hope for their survival. Feral is a tale that shows people willing to put their lives at risk for the less powerful and in doing so, teaches those people to be more self-reliant.

“I made the first film in 2016, and at the time it was going to be a one-off short film. However, I had more story to tell and a cast and crew who wanted to collaborate further. The first film went on to be selected into a few film festivals, but shorts can often times can go unnoticed. So all this led me to the decision to make this film into a feature length film.”

The leads are Danielle Prall (Emma) and Caleb Liban (Sonny). If the last name of the young actor looks familiar, it is because he is David’s son. “Let me talk about Caleb. Part of the reason I wrote this script is that I recognized that he had talent as an actor. I assume that all parents think their kids are talented, but as a director, I saw him take on roles with a degree of commitment that was obvious and notable. So, this was both an opportunity for me to make the film I wanted to make, and also to allow Caleb the experience of being an actor on a real film set. This in turn, has gotten him very interested in pursuing an acting career.”

Learn more about the film or to receive notifications of screenings and events related to this project: www.feralmovie.net

The goal is to not only to share the incredible journey of the storyline of Feral, but to also engage those who are interested in crowd funding Part 3. Liban’s passion for creating films both narrative and informative film through documentary, continue to immerse and captivate his audience.

In closing, Liban’s advise for others interested in heading into the film industry is: “Identify the work that impresses you and try to replicate it. Go to school and practice the craft. Make mistakes and learn from them, but above all else, spend the time to write a script that is cohesive, original and is engaging.”

Interested to learning more about the films, documentaries and short films that David has created or being part of crowd funding the final installment of Feral? Visit www.seedandspark.com/fund/feral or contact him directly at dliban2000@yahoo.com